Ramp Up For The Season With iRacing 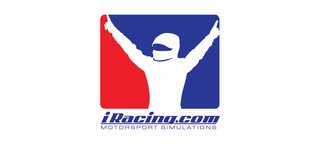 The season is already here for some and will be here for the rest soon. It's not too late to sharpen up your skills to get a jump start on the season. Technology has made it possible to drive the world’s most prestigious tracks without leaving the comfort of your home. Hot chocolate and COTA? Egg nog and Indy? What about your own kind of “Spa Day” at Circuit de Spa-Francorchamps? That’s where iRacing comes in!

As the world’s premier motorsports racing simulation, iRacing puts you in the driver’s seat by allowing their members to experience today’s newest form of competitive motorsport: virtual racing. It’s a fun, inexpensive and highly-competitive way for race fans and gamers to break a sweat by braking hard at the apex, while overcoming head-to-head racing challenges usually reserved for professional racers.

Whether you want to experience a NASCAR Cup car, an open-wheel IndyCar, an Australian V-8 Supercar, or the ultimate: an FIA Grand Prix car, iRacing’s online racing simulations offer them all. All you need is a computer equipped with one or more USB ports, and a digital wheel/pedal, or gamepad backed by a high-speed Internet connection. iRacing does the work for you by organizing and managing more than 40 official series. You can choose to race in more than 400 private leagues or launch your own hosted events.

iRacing is a thrilling online experience that offers:

To get you started, iRacing is offering a special deal to renewing SCCA members. If you’re new to iRacing, you can get a FREE 3 month membership to get you started! If you refer a friend to membership this week, you and your friend will be entered to win a FREE year of membership with iRacing!

To learn more about iRacing and their membership options, click HERE.